Being involved in the BLV blog meant I had been excitedly imagining Reuben’s first tastes since before he was born! The six months flew by and it was soon time to try him on his taste adventure – I imagined our little family creating many happy memories of relaxed, fun mealtimes, especially after reading of other bloggers’ joyous experiences of the world of weaning.

The reality differed somewhat from my plans…instead of it being a well-planned, relaxed experience, I found myself sitting Reuben in his bouncer chair on the bare concrete floor of the flat Daniel and I had finally managed to buy (after 8 years of marriage and 8 previous flat-moves!), surrounded by dust and enough tools to rival B&Q, while I sat cross-legged opposite him, cutting an avocado in my paint-stained hands using a plastic knife! I had wanted to wait until we had finished renovations but it was taking a lot longer than planned and Reuben was now six months old and seemingly very hungry! And so we began…

Had Reuben taken to food like a duck to water the environment may not have been a problem, but on licking (I kid you not) the avocado slice, he proceeded to gag and then projectile vomit!!! Not the weaning dream I had envisaged!

I revisited this post 3 weeks in, when I had still not found anything that did not induce any or all of the following: a) apparent gagging, b) refusal, c) vomiting, d) a look of disgust. I had tried savoury and sweet, puree and finger foods (and every texture in between), bland and flavoursome, and even options mixed with breastmilk (which, on its own, he does love!)…but with no joy.

I now write this 4 months on (Reuben is now 10 months old – I can hardly believe it!) and we have finally turned a corner! For no apparent reason, 2 weeks ago Reuben decided food wasn’t all bad and he started to (tentatively) eat! You would not believe the joy Daniel and I (and family members) experienced when he squealed with delight at the prospect of eating some yoghurt!!

So, mealtimes are finally an enjoyable affair and I take great delight every time Reuben opens his mouth for a spoonful of food, or eagerly grabs at food to put in his mouth of his own accord! But, I wanted to share my experience because a) I can’t be the only person who has gone through this, b) it seems that most other weaning bloggers have dreamy experiences from day 1 and their babies delight in all food, c) I hope it might give you a glimmer of hope for the future if you are also going through a similarly challenging time!

If you are currently experiencing similar woes of weaning, or have been in similar situations, you will know that despite everyone saying “just relax, they’ll get there eventually”, it can, in fact, be incredibly stressful (not to mention demoralising to watch their peers wolf down anything and everything put in front of them, or exhausting to have spent hours cooking new tastes and textures just for it to be refused / thrown on the floor / induce tears). In the end it took 20 weeks of Reuben eating nothing for us to make progress…which equates to about 420 failed meal attempts!!!

So, if you have found that despite best intentions your little one is not taking to weaning as dreamily as you had hoped, know you are not alone! But, we hope to post lots of delicious and nutritious foods that our little ones can learn to eat confidently – so keep visiting…!

View all posts by Ruth

One thought on “Weaning woes…there is hope!”

Whether you're raising your little ones as meat-eaters, vegan, or anywhere in between; we are all looking for ways to make veggies more delicious so we can strengthen the family every meal time.

This is a collection of recipes that bring veggies to the centre of the plate so your little foodies love their 5-a-day and more with our meals for the whole family! 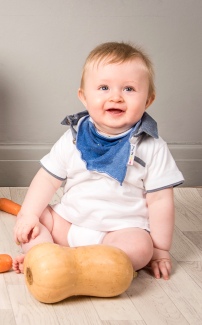 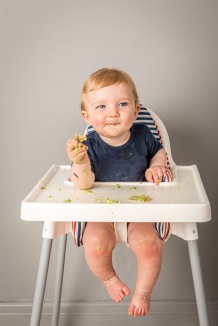 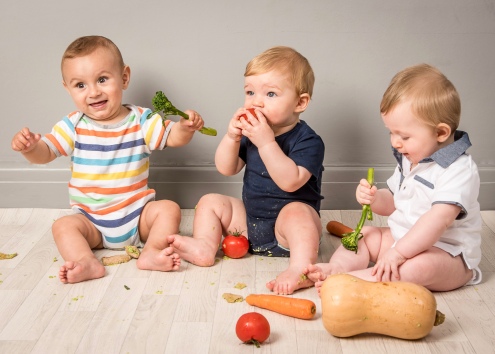